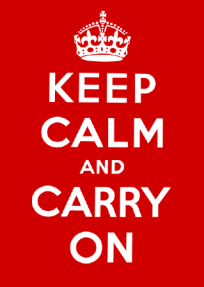 I am trying to avoid writing too many “I hate customers and I want to set them on fire posts” because there is more to me than homicidal arsonist.

After today’s shift I need to vent about the rabid, foaming at the mouth, monkeys who spent all day throwing their shit at me. Actually I think I would rather have a monkey throw shit at me all day than deal with the majority of my customers. At least with the shit throwing monkeys, I can throw some shit back their way, or possibly some rocks!

First of all, if you have never worn the headset, you will never really understand what it is like to help people over the telephone. I can explain it, I can tell amusing stories about the customers and I can make analogies to describe the unfathomable stupidity that myself and my fellow agents have to deal with day in and day out. Until you sit in the hot seat and speak to nothing but angry, hostile and uncooperative people, 7.5 hours a day, 37.5 hours week, month after month, you will never understand. You are an Outsider.

Many people say “the customer is not yelling at you, they are yelling at the company.” Actually they were yelling at me. Today I was told:
I don’t know how to do my job
I am a liar
I am a thief

These are personal attacks on me and these attack, and these criticisms occur on a regular basis. I’ve been told, I have to just let it slide and not take it personally.

The simple truth is that it’s impossible not to have an emotional reaction to angry people getting in your face. You would think me crazy if I walked into your office and launched into a tirade where I called you stupid and incompetent yet demanded you fix my problem. And then just because I can get away with it, I am going to not co-operate when you try and fix my problem

As long as I am not abusive towards you but merely difficult, you just have to stand there and take it. You can’t get angry, you can’t cry, you can’t complain to HR and you can’t fight back. You have to keep your cool and help them out. And after having 10-20 people give you a hard time over the course of 7.5 hours, I can guarantee you probably would not be in a good mood at the end of the day. Nobody can just leave the office and forget about it.

When you get an irate customer, the first thing you have to do is calm them down because they are so mad and frustrated that they cannot think straight. Calming people down is mentally exhausting. You just can’t say, “calm down, I need to fix your problem now.” Nope, you have to apologize which often angers them more because every time they call someone apologizes but never fixes the issue. Then you have to re-assure/convince them that yes, despite speaking to 10 other agents, you can fix the problem. This can take a few minutes or half an hour. Once you get them calmed down (by then I am freakin’ exhausted) then you can actually start working on the issue.

While all this is going on, there is another threat going on in the background. You never know when someone is listening to your call. So why you are trying your hardest to help an angry, uncooperative customer who you would like to kill, there is someone from the quality department just waiting to pounce on a mistake. Perhaps you don’t apologize enough or it does not sound sincere or you don’t use the customer’s name twice because it’s spelled Jurghruehjgeeekanalgzzhwich or after saying “press run” 5 times in a row because the customer is changing the baby’s diaper at the same time, you sound a little snarky. Since the job is not stressful enough, there is always the tick, tick, tick of the clock in the background, letting you know that you are taking too much time on this call and you need to get off the call. Yeah, agents are given set parameters called metrics and if you don’t meet those expectations you won’t get a raise or you can be fired.

There is a term in the tech support world called PEBKAC. This stands for “Problem exists between the keyboard and the chair.” This is a nerd way of saying you don’t know how to use a computer. Even though you don’t know how to use a computer and the problem that you are calling about has nothing to do with the internet, we are still nice and try to help you. We can’t teach you how to use the computer or fix your printer but we can point you in the right direction. We can’t go beyond that because it’s not our job to help you with another company’s product. Imagine going to Zellers to return a pair jeans and being forced to stand in line for an hour and a half because the person in front of you is trying to return a chair she bought at Wal-Mart. We have to draw the line and sometimes that means giving people bad news. More often than not the customers shoots the messenger. I don’t mind when they shoot the messenger, that does not bother me, it’s when two seconds later they ask the messenger for a favour. Wait a minute, you just ripped me a new one for something I did not do and now we are buddies and you want me to go the extra mile to help you?

Note: I don’t like seniors. I don’t like seniors because they have this sense of entitlement based solely on the fact that thanks to medical advancements such as antibiotics, high blood pressure drugs, cardiac surgery and cancer treatment, they have not died at the ripe old age of 60. With this sense of entitlement they feel they can be rude, constantly interrupt your instructions and demand you teach them to use the computer. Frankly, I wish I could put many of them on an ice floe and let nature take care of them.

What I think most people don’t understand (or care) is that troubleshooting the internet is like trying to decipher this sentence:

We seldom have all the information to fully understand the problem so we have to make educated guesses based on limited information. There is no magic easy button. Sometimes the problem could be one (or any combination) of the following things:

the line
the modem
the computer

We have to figure out what is the problem by the process of elimination and that takes time and considerable co-operation from the customer. Unfortunately most customers sabotage the troubleshooting by doing a lot of stupid things.

Wait a minute? Are you saying that all this stress is the customer’s fault? Yes I am.

The problem is that people don’t know when to shut up. They call for help and then they can’t stop talking or they jump from topic to topic like some ADDer hopped on Red Bull and Smarties. Imagine going to work and during the big presentation and I do this:

What I want to say to every single customer who constantly interrupts me:

Sir/ ma’am If we were diffusing a bomb would you be interrupting me in mid sentence?

But after typing out this post I don’t think the Outsiders will really understand. You wonder why this type of work is outsourced to other countries? People call in all the time complaining in one breath about the cost of their services and in another breath how the outsourced agents are taking away jobs from hard working Canadians. You can’t have it both ways. Tech support is very expensive and if you want an articulate, accent free, knowledgeable agent in Canada, you have to pay them a good wage.

Irony:
I find it very funny when immigrants call in and demand to speak to someone who is not a damn immigrant with an accent? Uh, hello pot, this is the kettle calling?

A good wage does not always solve the problem. It’s an attitude check. Yeah, people call in and they get inexperienced/indifferent/shitty agents and those agents make life miserable for everyone. Miserable for the customer, miserable for the company and miserable for the next agent. There is enough legitimate misery in the world without people freaking out because their internet was down for a day. It’s disappointing but we need to remember, that (residential) internet is basically a toy. It’s a lot of fun and we can do all kinds of neat things with it but ultimately it’s for entertainment purposes. Life will go on. We existed for a long time without the internet.

After work today I found a donation bag outside my apartment door. Our building is having a food drive for a local food bank. I decided that I should not let my incredibly bad mood after work affect someone else, so I went out and bought a bunch of baby food for the drive. I like to think that the people who will receive my donation will be grateful but the cynic in me wonders if the people who get this food feel the need to be demanding, belligerent to the charity that helps them eat?

I guess I will have to have faith that the good will win out over the shit throwing monkeys!

Published by Jo No

View all posts by Jo No

7 thoughts on “The Secret Life of Call Centres”