A strange co-incidence. I just happen to read two very different books one after another. 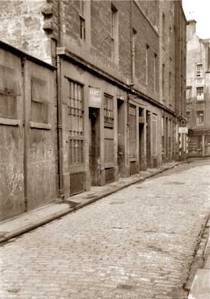 This book tells the story of the Campbell family from 1936-1952 in Leith, Scotland. The Campbells are poor.Real poor, not “well I can just put in on my Visa and pay it next month 2013 poor.” Rachel Campbell works a low wage job to support  five children with no help from a deadbeat husband. Her older teenage children must find side hustles to bring in money that literally helps pay the rent. They work hard yet struggle endlessly to pay the rent and feed themselves. There is seldom money for any extras. The book does an excellent job of depicting the frustration of grinding poverty. The book is a collection of stories about how the Campbells survived in a time when there was little government assistance, minimum wage or access to easy credit. Possessions were limited and often pawned when there was a financial crisis in the household.

There is a bittersweet chapter that has the family facing eviction over the Easter weekend. Rachel has gone off to her night job and the three teenagers in the household try and figure out how to come up with the £5 needed to pay the landlord. Usually they collect jars and bottles from neighbors to redeem the deposit but that would only bring in a few pennies. There was nothing of value to pawn. Then their maternal grandfather Gabriel shows up. Gabby had been a handsome, articulate well liked member of the community until he became a drunk. Gabby shows up drunk at the house during a downpour with offers of candy and the children reluctantly let him in. He then tell his grandchildren that he won £35 on a wager but makes no offer to give them any money even though he knows their financial situation. The children know what they have to do. They have to roll granddad. As sad as this chapter is, it also has a twisted humour as the children wait for Gabby to pass out and relieve him of £5.

The part of the book that stands out the most for me is how the very dramatic child Carrie yearns to have a whole Mars bar. She has never had one all to herself. Carrie while a bit of a drama queen, shows the reader the frustration of living every day in a never ending state of poverty. All the characters walk miles and miles (in rain and snow) because they cannot afford to take a bus anywhere. The Campbells spend an enormous amount of time shivering in a dark cold house because there is no  money for gas or coal. Sam hates having to constantly replace the cardboard in his shoes because there is no money to have them resoled and he only has one pair.

The Campbells have done nothing wrong. They work hard, they don’t run afoul of the law, the children do well in school, they are just victims of a time when there were few opportunities for working class individuals. Rachel is often depressed and angry and lashes out at her children. Later on as the older children become young adults and start earning a full time living, eldest son Sam remarks how their poverty robbed him of his childhood.  All the Campbells could be angry and bitter over their lot in life but their shared experience brings the family together rather than tear them apart. 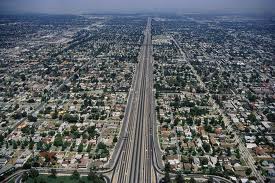 This book uses an archeologist’s approach to catalog 32 middle class Los Angeles families and their household possessions. The people featured in this book  seem demoralized by their lifestyles.All families featured in the book are two income earners and the average salary of the families featured in the book is 100-150K. All of these families surround themselves in stuff and over indulge their children out of guilt for working long hours. I found this book it be more of a warning about rather than a depiction of, middle class America.

Not one single household was able to park a car in the garage because the garage was used to store household items.The majority of these household items were piled so deep that you could not locate most items without having to empty out the garage. Most families spent considerable sums of money on outdoor furniture, toys such as swing sets, trampolines and pools/hot tubs but none of the adults used the backyards and the children spent on average less than 15 minutes a day in the yard.

I was not surprised by the appearance of numerous toys in the photographs. Hundreds of toys spill out from bedrooms into hallways and into other living spaces. All children had access to gaming devices, personal computers and a never ending collection of toys, games and even some books.  It it abundantly clear that the parents cater to many, if not all of their children’s requests/demands.

Interestingly, every family took great pains to hang photographs of family members including older pictures of ancestors as a means to create some sense of family connection. Sadly, this seems to be the only way the families were able to connect as the very little leisure time available each day was spent either in a bedroom playing video games or passively watching TV.

You can’t blame the adults for this lifestyle. Los Angeles and the surrounding suburbs is an expensive place to live and the demands of financing a middle class lifestyle requires long hours of work and commuting. Based on the quotes in the book, the adults know their focus on consumerism is setting a bad example for their children. There seems to be a constant state of anxiety over debt, clutter and wasted money but they all seem trapped by their lifestyle with no way to escape.

These people seem to be frustrated by grinding affluence.